You are here: Home / Railway Board Orders / 7th CPC: Revision of the Rates Night Duty Allowance form in Railway

The issue regarding reduction of Night Duty, Allowance (NDA) amount to Railway employees as a result of implementation of the recommendations of 7th CPC pointed out by the Federation (NFIR) is under consideration by the Railway Ministry and the matter is being pursued with the Nodal Department i.e. DoP&T.

It has since been reported to NFIR by our affiliated Unions that the NDA granted at revised rates has also not been paid to staff with effect from July 1,2017 due to non augmentation of the procedure under IPASS. This has resulted into denial of arrears of NDA to the staff.

NFIR, therefore, requests the Railway Board to kindly see that the IPASS system is improved, so that the arrears of NDA at the revised rates are paid. Federation may kindly be replied on the action taken. 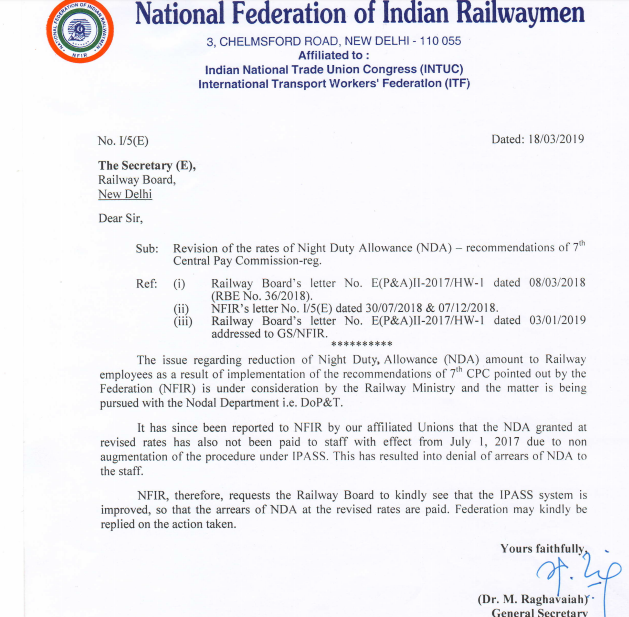