GOVERNMENT OF INDIA
MINISTRY OF RAILWAYS
(RAILWAY BOARD)
*****

Attention is invited to this Ministry’s letter No.E(NG)II/84/RC-1/174 dated 25.06.1985, No. E(NG)ll/88/RC-1/1/Policy dated 02.11.1989 read with para 2(i) of letter No. E(NG)Il/88/RC- 111/Policy dated 16.05.1991, stipulating inter-alia, that suitability of a person to be considered for appointment on compassionate grounds should be assessed by an appropriate suitability test, keeping the compassion in view. Board’s letter dated 25.06.1985 has laid down that such appointment be considered as per the educational qualification possessed by the candidate.

3. It has come to the notice that not only the procedure adopted for conducting suitability test and additional chances to be given to candidates for appointment on compassionate grounds by the Zonal Railways vary from the instructions issued at paras I and 2 above, but the directives/intent of stipulation made in the instruction ibid are also not being followed in true spirit.

4. Accordingly, the matter has been looked into. It has now been decided by the Board that in compliance of letters mentioned at para 2 above, maximum of three such chances to the wards and four chances may be given to widow/wife commensurate with their educational qualification to the post and suitability may be adjudged accordingly. Second chance should be given as a rule and uniformally followed.

6. In case a request has been received from the candidate for appointment on other Railway, his/her case may be transferred alongwith all relevant papers to that Railway. Assessment of suitability may be done by the Railway where the candidate is to be appointed. 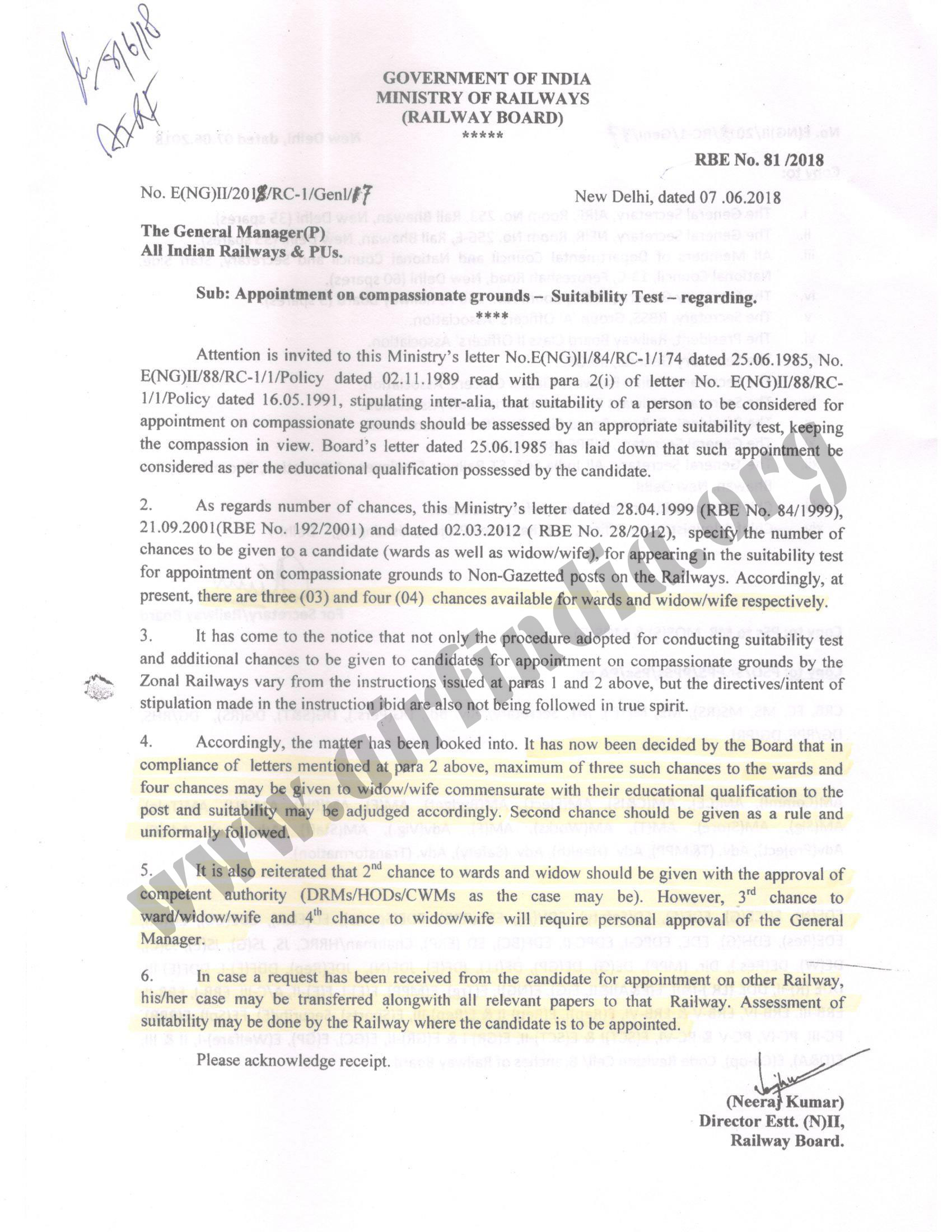