Kind attention of the Railway Board is invited to NFIR’s PNM Item No. 18/2016 on the subject and Board’s letter dated ,1010212017 wherein relaxation in five years service condition has been granted in certain situations.

Consequento receipt of representations from the Defence Forces Personnel re-employed in Railways and the widows/widowers appointed on compassionate ground seeking relaxation of five years minimum . service condition, Federation vide letters cited under reference had approached the Hon’ble MR and sought approval for exemption from 5 years service condition to enable those re-employed ex-servicemen and widows/widowers to seek inter railway transfer to join their families and look after children.

Thereafter a period of more than six months has passed this genuine demand has not been favourably considered. It is also sad to note that negative stand has been taken by Board while conveying “ATS” to the Federation without discussing the PNM Item. Attention is also invited to the General Manager @), Western Railway’s letter No. EP 1140/oVol. IV dated 02/08/2017 to Railway Board on the subject.

NFIR once again urges upon the Railway Board to kindly review extant instructions and issue revised instructions for exempting 5 years minimum service condition for entertaining inter railway transfer requests of ex-servicemen re-employed in Railways and also the widows/widowers/wards of Railway employees appointed on compassionate ground. Federation also proposes that a separate meeting be convened at the level of “Member Staff’to discuss this PNM Item. 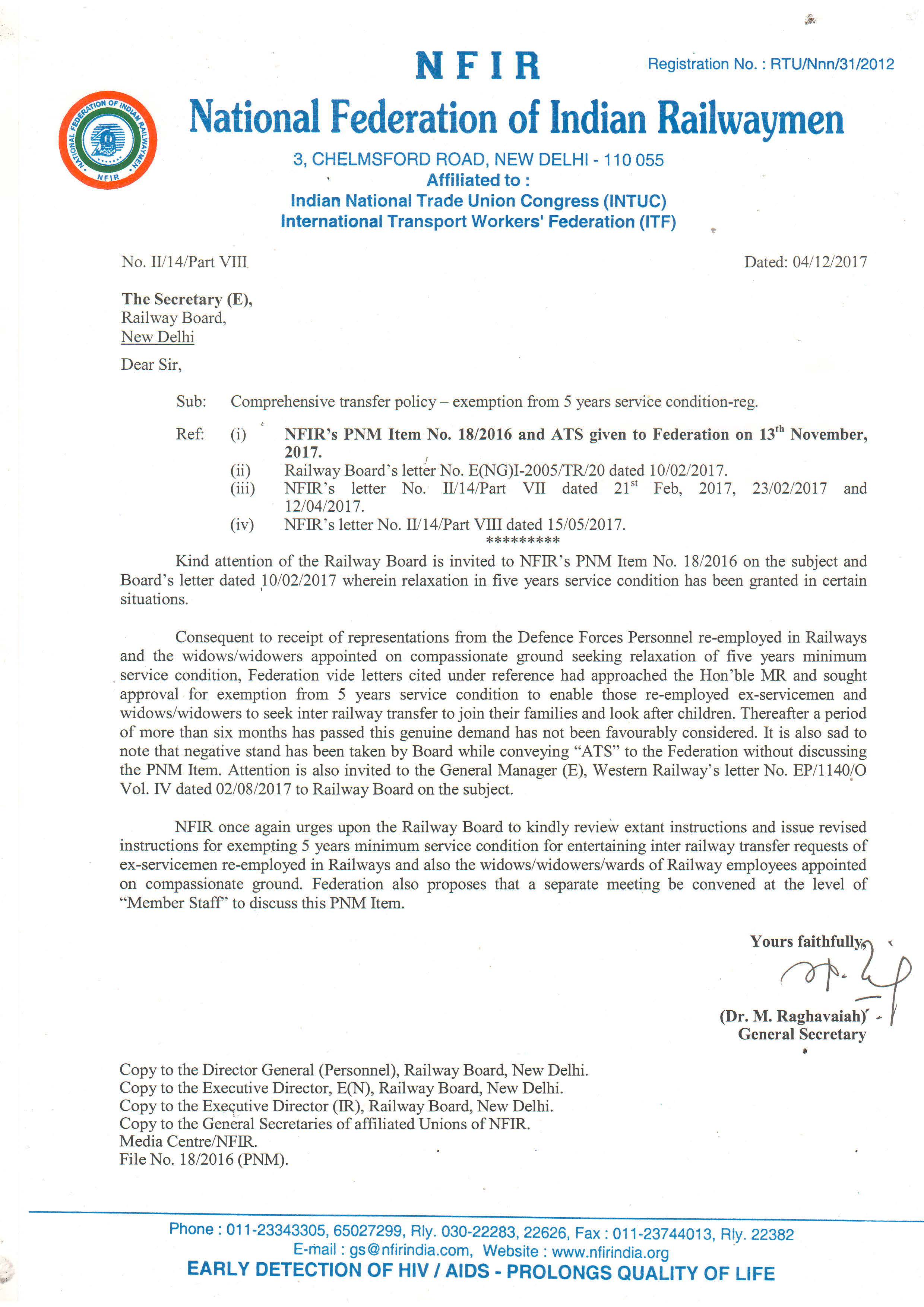