RAN Generated in Age Brackets as per NPS Records

1. NPS was launched on 01 Jan’04 and was aimed at individuals newly employed with central and state government,

2. NPS currently manages corpus of 58.50 lakh people in State and Central Government.3. Only Tier I Active NPS accounts are considered for the analysis.

7. The age of Subscriber is calculated based on end date of the month in which his/her PRAN has been generated. 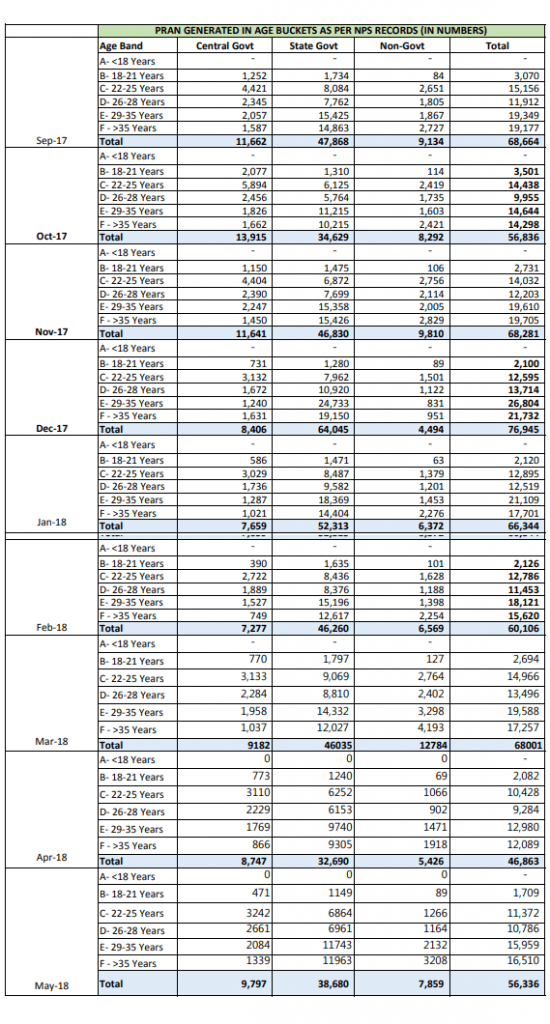