The All-India CPI-IW for September, 2019 increased by 2 points and pegged at 322 (three hundred and twenty two). On 1-month percentage change, it increased by (+) 0.63 per cent between August, 2019 and September, 2019 which was static between the same two months a year back.

At centre level Bokaro, Raniganj, Mumbai, Ahmedabad and Agra observed the maximum increase of 8 points each followed by Jalandhar (7 points) and Godavarikhani (6 points). Among others, 5 points increase was observed in 3 centres, 4 points in 10 centres, 3 points in 6 centres, 2 points in 11 centres and 1 point in 19 centres. On the contrary, Goa recorded a maximum decrease of 4 points followed by Chennai (3 points). Among others, 2 points decrease was observed in 2 centre and 1 point in 4 centres. Rest of the 14 centres’ indices remained stationary.

The indices of 31 centres are above All-India Index and 46 centres’ indices are below national average. The index of Ernakulam centre remained at par with All-India Index.

The next issue of CPI-IW for the month of October, 2019 will be released on Friday 29th November, 2019. The same will also be available on the office websites www.labourbureaunew.gov.in. 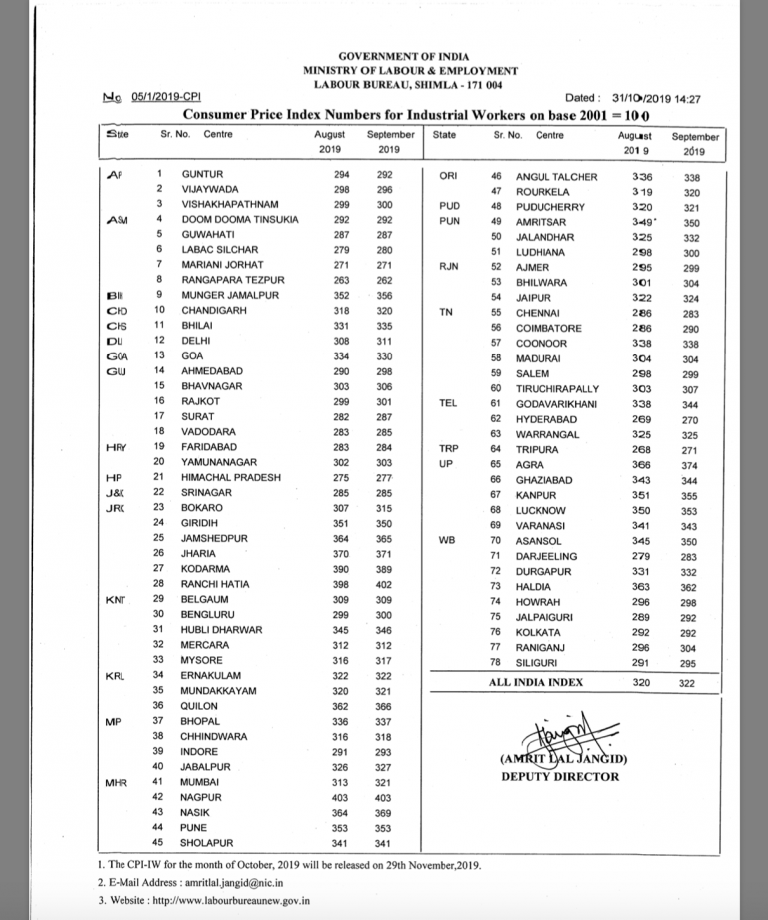