Sub: Availability of option for fixation of pay on promotion from the Date of Next Increment (DNI) in the lower post and method of fixation of pay from DNI, if opted for, in context of RS(RP) Rules, 2016 – regarding.

1.Consequent to implementation of ih CPC recommendations, various doubts have arisen over the issue of relevancy of provisions ofFR 22(I)(a)(l) as well as the methodology of fixation of pay on promotion to a post carrying duties and responsibilities of greater importance, of a Government Servant in case he opts for pay fixation from the Date of Next Increment (DNI).

2. It was advised to all the Zonal Railways vide Board’s letter of even no. dated 09.03.2017 that the issue has already been referred to Ministry of Finance. Now a detailed clarification over the issue has been issued by Ministry of Personnel, Public Grievances and Pensions, Department of Personnel & Training (MoPPG&P/DoP&T) vide their O.M No. 13/02/2017-Estt.(Pay-I) dated 27.07.2017 (copy enclosed).

Subject: Availability of option for fixation of pay on promotion from the Date of Next Increment (DNI) in the lower post and method of fixation of pay from DNI, if opted for, in context of CCS (RP) Rules, 2016-regarding.

3. After due consideration in this matter, the President is pleased to decide as follows:

(i) FR 22(I)(a)(I) holds good with regard to availability of option clause for pay fixation, to a Government Servant holding a post, other than a tenure post, in a substantive or temporary or officiating capacity, who is promoted or appointed in a substantive, temporary or officiating capacity, as the case may be, subject to the fulfilment of the eligibility conditions as prescribed in the relevant Recruitment Rules, to another post carrying duties or responsibilities of greater importance than those attaching to the post held by him/her. Such Government Servant may opt to have his/her pay fixed from the Date of his/her Next Increment (either 1st July or 1st January, as the case may be) accruing in the Level of the post from which he/she is promoted, except in cases of appointment on deputation basis to an ex-cadre post or on direct recruitment basis or appointment/promotion on ad-hoc basis. 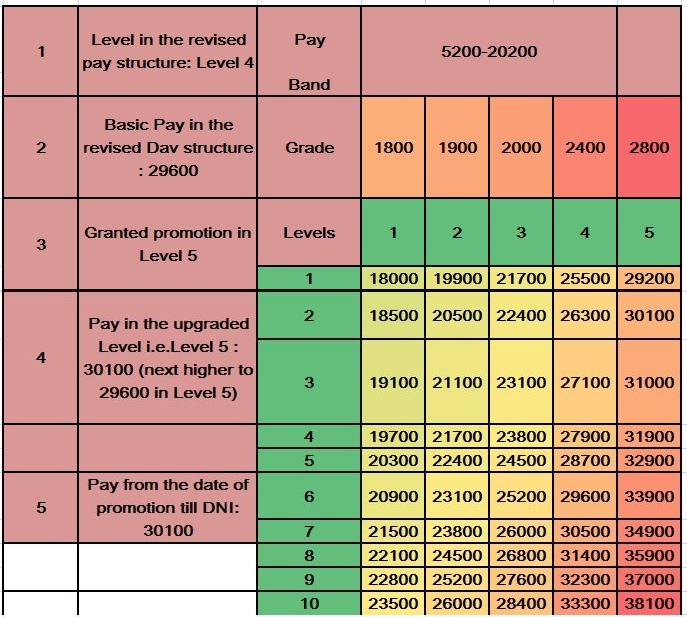 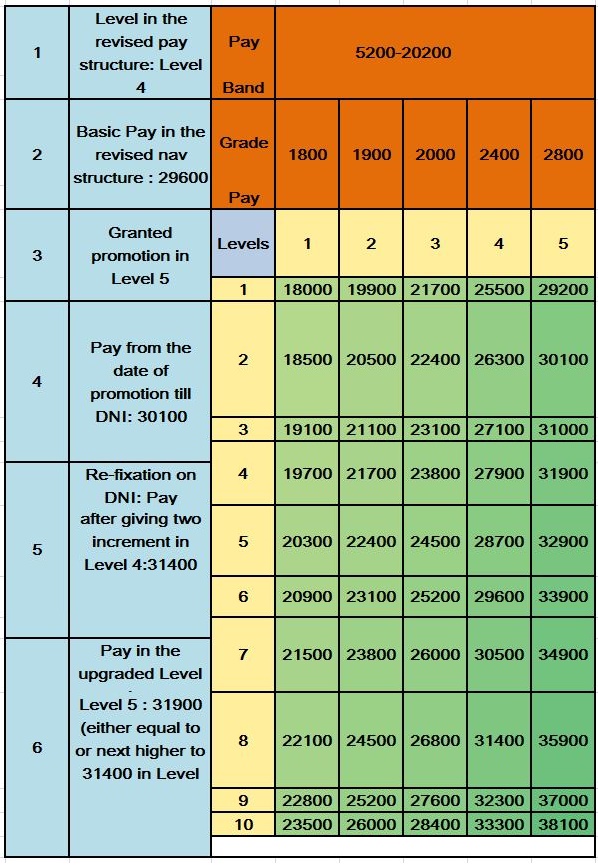 (iv) In such cases where Government Servant opts to have his/her pay fixed from the date of his/her next increment in the Level of the post from which he/she is promoted, the next increment as well as Date of Next Increment (DNI) will be regulated accordingly.

4. It is further reiterated that in order to enable the officials to exercise the option within the time limit prescribed, the option clause for pay fixation on promotion with effect from date of promotion/DNI shall invariably be incorporated in the promotion/appointment order so that there are no cases of delay in exercising the options due to administrative lapse.

5. In so far as their application to the employees belonging to the Indian Audit and Accounts Department is concerned, these orders issue in consultation with the Comptroller & Auditor General of India.